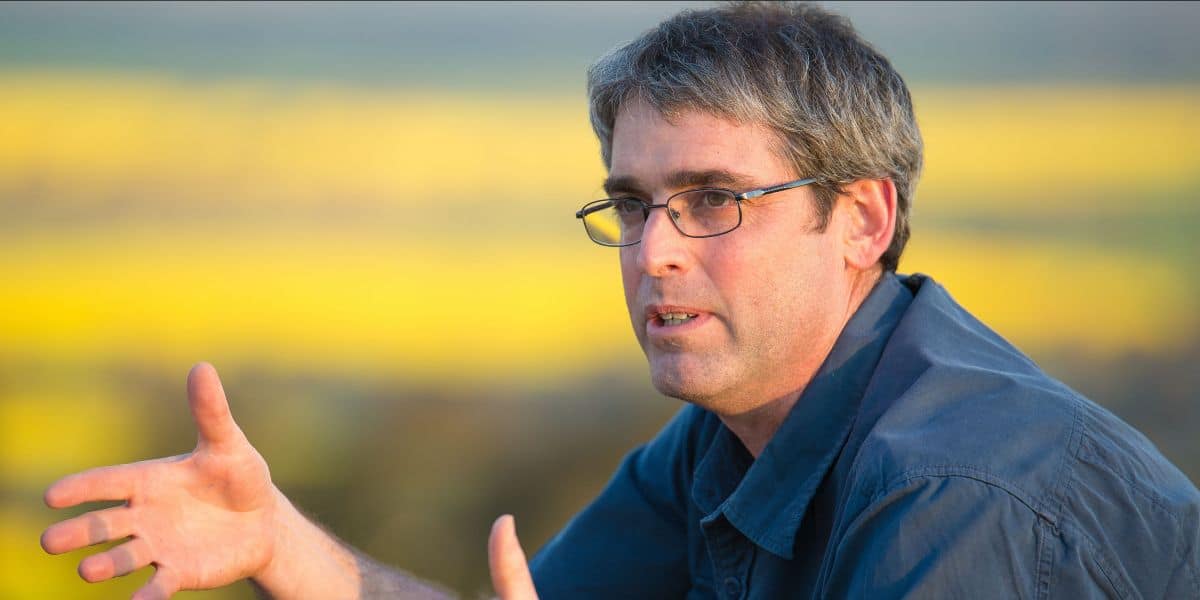 Professor Michael Stewardson is the interim CEO of the recently established One Basin CRC, which was one of the latest CRCs to be funded in Round 23 of the Cooperative Research Centres (CRC) Program. He is a leader in water research who works at the coalface of industry and government agencies. His journey as an industry-engaged researcher began with his PhD also as part of the CRC Program.

Michael completed his PhD with the University of Melbourne and the CRC for Catchment Hydrology – a CRC established in 1992 which aimed to produce a support system predicting the movement of water and particles from land to rivers. Being a researcher at a CRC was beneficial to his development as a collaborative researcher.

‘I had the opportunity to work with partners on industry problems. I also presented my research to a broad audience which existed in the network of the CRC. This network encouraged and supported me in my endeavours.’

During his PhD, Michael took on projects outside of his research with CRC partners such as government agencies.

‘For example, I did a river restoration project with the Goulburn Broken Catchment Management Authority. I applied some of the methods I’ve developed through my PhD, and it allowed me to take my research beyond the theory and apply it to a real-world problem.’

He remained involved in this CRC and its successor, the eWater CRC, for about 20 years. In this time, he moved from a PhD student to a postdoctoral researcher, project leader, and finally program leader.

‘I developed a reputation for doing applied research in the river restoration area. That opened doors for me. I started taking on expert advisory roles with government agencies, both at a state and federal level, where I could bring my research knowledge into practice.’

Achieving impact is one of the most important things to Michael as a researcher. He contributed to the Sustainable Rivers Audit for the Murray-Darling Basin Authority, which he cited as an example of a highly impactful project.

‘It was a benchmarking exercise to understand the environmental state of the Murray-Darling Basin and the results supported the case for establishing limits to the amount of water that can be taken from the Basin. This became a key component of the Basin Plan and ensures that there is enough water to sustain the Murray-Darling Basin’s natural ecosystems.’

Alongside his work with the CRCs, Michael was a trailblazing academic who played a major role in growing industry engagement with the Faculty of Engineering and Information Technology at the University of Melbourne. He led several initiatives such as the creation of a sector-facing platform for Water, Environment and Agriculture where industry is invited to engage with the university. Building on this platform, he established the Mallee Regional Innovation Centre, in northeast Victoria, to support research partnerships tackling regional challenges across the water, horticulture, environment and energy sectors.

Michael completed a full circle back to the CRC Program with leadership in the establishment of the One Basin CRC, which will develop and commercialise opportunities for Australia’s irrigated agriculture and rural water industries to be more productive resilient and sustainable in a changing world. It received $50m in Government funding to leverage $106.5m in cash and in-kind contributions from 85 partners in industry, government, research, and community organisations. The collaboration is the largest of its kind in the Murray-Darling Basin.

Michael shared some advice on how to manage industry-research partnerships.

‘Integrity and honesty are critical. That sometimes means giving bad news as well as good news. You have to be transparent. Also, listening and asking questions are key. Find the value proposition and realise that it’s often not apparent to everyone.

‘Ultimately, it comes down to working collaboratively with people. You need to be yourself and be genuine about what you’re doing and why you’re doing it. People want to understand your motivation. That gives a partner confidence that there’s a genuine commitment to the partnership.’

Michael concluded the interview by commenting on the CRC Program as a whole.

I’m grateful that I started my career out in the CRC Program. It set me on a trajectory of applied, industry-engaged research. It also gave me a crucial network of contacts existing beyond sector and discipline boundaries. A fantastic thing that the CRC Program does, which is perhaps less visible, is its creation of the future leaders in industry sectors. I can see it across the water sector, where my peers from the CRC Program are now at senior roles with significant influence and impact.

‘I’m pleased to now have the chance to help others gain the same benefits through the PhD program of the One Basin CRC.’

Learn more about the One Basin CRC here.