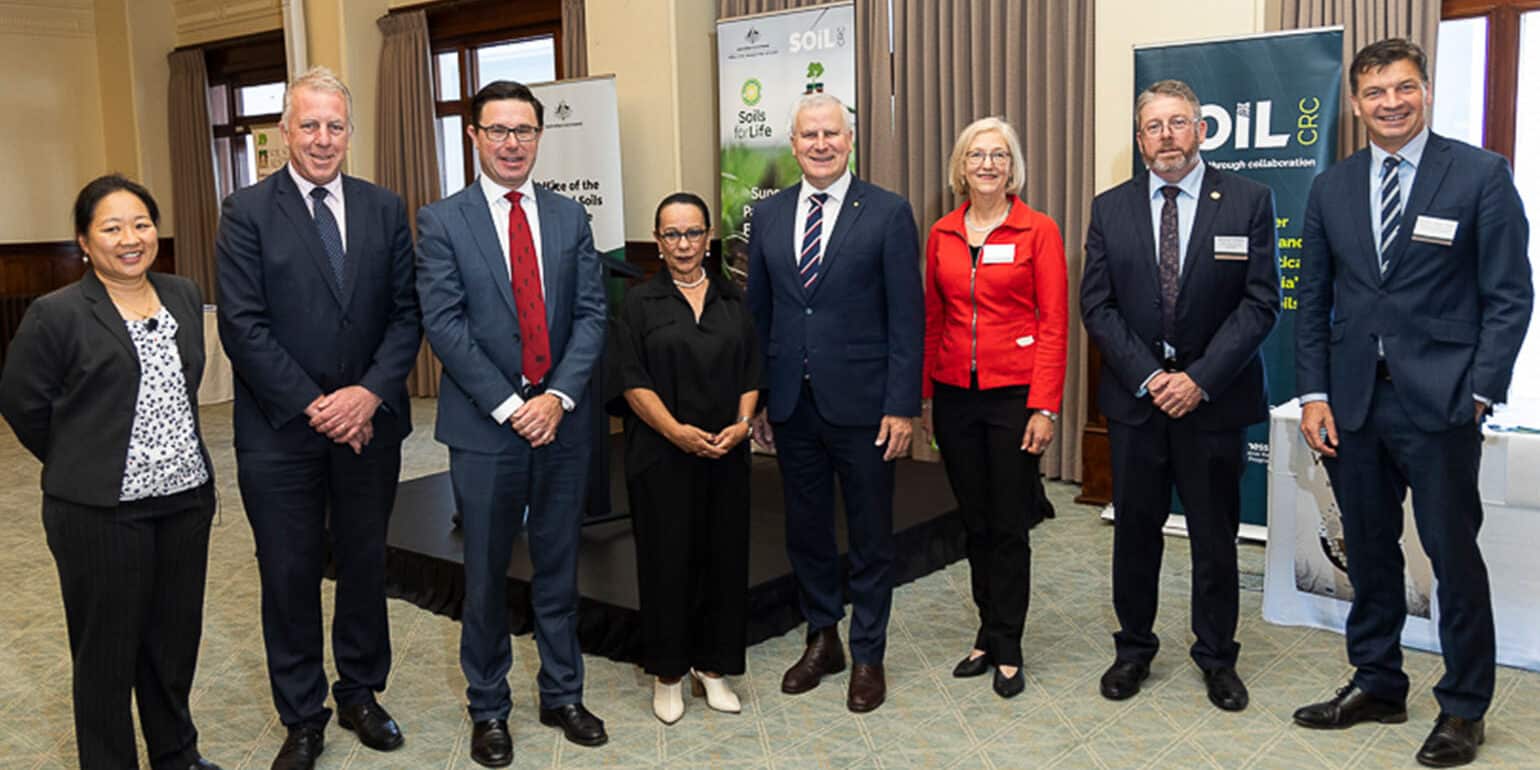 Parliamentarians, scientists, farmers and policy makers gathered ahead of World Soil Day at a Parliamentary Friends of Soil breakfast in Canberra.

Co-Chairs of the Parliamentary Friends of Soil, the Hon. Linda Burney MP and the Hon. Michael McCormack MP spoke at the event, sharing their views on the importance of healthy soils for Australia.

Dr Michael Crawford, CEO of the Soil CRC, believes the Parliamentary Friends of Soil are a good way to keep the spotlight on soil.

“It’s great to have non-partisan support to bring issues associated with soil health to the attention of politicians and policy makers.

World Soil Day provides an opportunity for the soil community to come together and highlight the importance of soil health to all sectors of Australian society,” he said.

As well as an international day dedicated to raising awareness of soil, Australia also has a National Soils Advocate working all year round to promote the importance of soil.

“As Australia’s National Soils Advocate, my role aligns strongly with the purpose of World Soil Day: to focus attention on the importance of healthy soil and to advocate for the sustainable management or resources,” said the Hon. Penny Wensley AC.

The Parliamentary Friends of Soil breakfast was co-hosted by the Soil CRC, National Soils Advocate, Soils for Life and Soil Science Australia ahead of World Soil Day on 5 December.

“World Soil Day is an opportunity to highlight the importance of soils, but also to celebrate the on-ground achievements of successful soil stewards around Australia,” said CEO of Soils for Life Dr Liz Clarke.

“World Soil Day brings together those who research and teach soil science and land management with the communicators and extension officers and those working on the ground, highlighting the importance of soils in our lives” said Assoc Professor Vanessa Wong, Federal President, Soil Science Australia.

The Minister for Agriculture and Northern Australia David Littleproud MP spoke about the National Soil Strategy and made a funding announcement relevant to its implementation.

The Parliamentary Friends of Soil is a non-partisan group that combines the expert knowledge, strategic planning and passion of key soil community groups dedicated to the responsible management of Australia’s soil resources and promotion of soil as a finite resource.

It is made up of ten MPs and was formed as a result of collaborations between the Soil CRC, Soils For Life and Soil Science Australia with support from the National Soil Advocate.