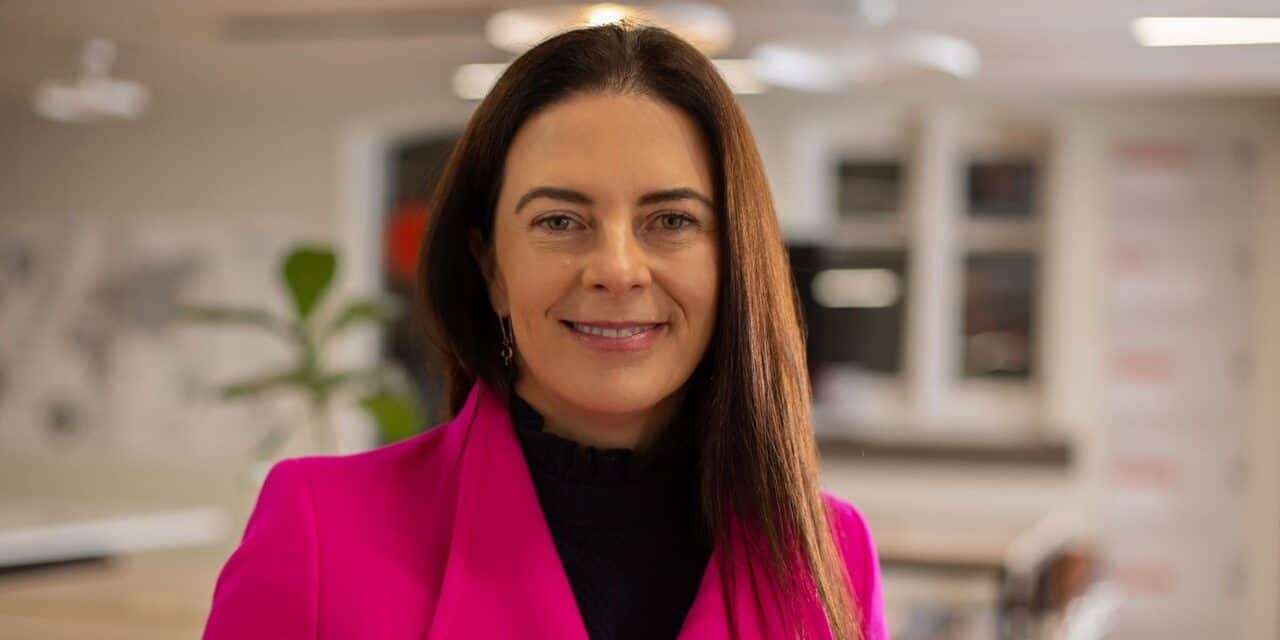 Professor Bronwyn Fox, former Deputy Vice-Chancellor (Research) at Swinburne University and CSIRO’s next Chief Scientist, is a powerhouse of industry-engaged research who came to the Cooperative Research Centres (CRC) Program very early in her career.

As a newly minted Honours graduate in the 1990’s, she joined CSIRO as a Research Assistant and worked on 3 projects with the CRC for Polymer Blends, which later became the CRC for Polymers. “It was a huge challenge getting my head around 3 new research themes and managing multiple industry partners. But I really enjoyed having that variety,” she said. Her key project was in recycling polymers. “This project was incredibly ahead of its time. Today with a strong focus on the circular economy, how we transform existing polymers into new value-added products is such an important area. It was wonderful to work on such a future-focused project.” Bronwyn also fondly remembers working in the team of Graeme Moad and Ezio Rizzardo at CSIRO which invented RAFT polymerisation, a technique of creating plastics which spawned more than 200 patent applications.

As a graduate, Bronwyn was captivated by the realm of industry research. “I remember spending a considerable amount of time at the Deer Park factory of ICI Australia Ltd (later Orica Limited). I absolutely loved being in that industrial facility with large-scale equipment manufacturing products. There were also in-house research facilities I could access, and I had frequent interaction with industrial staff, who helped me to understand what the market challenges were and what they were trying to achieve. It was really thrilling to me. And not an experience I would have had if I wasn’t part of a CRC.” Bronwyn experienced considerable growth as an industry-embedded researcher during her CRC years. “I learnt how to co-create solutions to complex problems, and this gave me an understanding of research commercialisation. And most importantly it was an enormous amount of fun!”

After her CRC experience, Bronwyn went on to do a PhD at ANU researching carbon fibre composites. “The CRC was instrumental to making my decision to undertake further study. Because I realised, I wanted to be active in designing my experiments rather than following instructions from the lead researcher of the project.”

Reflecting on her own experience, she gave advice for PhD students or early career researchers who are considering engaging with the CRC program. “I encourage them to embrace and be open to every opportunity. Get to know both industry and academic partners really well, because many of those people will end up in your networks for life. The networks I developed during my time at the CRC for Polymer Blends have stayed with me for 30 years. These people have been wonderful advocates and outstanding leaders in this field.” She also recommends researchers “find yourself a great mentor. And think about finding a mentor from industry. We’ve been told that if you are a good scientist, you are not going to be a good communicator and nor will you have good business acumen. But that is a fallacy and there is absolutely no reason that you can’t be great at all three. All you need to do is find great mentors who you can learn from, and for that the CRC network is a great place to start.”

With her early CRC involvement as a springboard, Bronwyn has gone on to be an outstanding researcher and research leader in manufacturing and Industry 4.0. She was one of the founders of Deakin University’s Carbon Nexus facility and a founding Director of Swinburne’s Manufacturing Futures Research Institute. She has just completed her term as the Deputy Vice-Chancellor of Research at the Swinburne University of Technology and has maintained a deep engagement with industry in all these roles and knows how to balance the needs of industry and academia.
Bronwyn says that communication and openness are key to managing great industry-research partnerships. She recalls a particular industry project. “We were reaching the end of our 18-month deadline, and nothing had worked. But we communicated with all of our partners openly and everyone understood the risks of research. At the 11th hour, we added some graphene to a polymer and all the properties were knocked out of the park. To achieve a successful outcome, the lesson was to be open and transparent about the challenges and to collectively brainstorm how we were going to solve the problem. This is what CRCs do well, they build a community of practice where you have shared objectives and outcomes that you’re all trying to achieve. You need to have trust within that network and share information constantly to negotiate how you meet each other’s objectives by working together.”

Bronwyn’s career is about to come full circle as she is set to become CSIRO’s Chief Scientist in October this year. She has fond nostalgia for her early career at CSIRO in Clayton. “It was wonderful to be a part of an environment so rich in collaboration and partnership that continues to this day.” She was exhilarated as she described the projects that she will be involved with in her new role. “I’m really excited about some things that Swinburne has been working on in partnership with the CSIRO. Together we have just completed the installation and commissioning of a world-first facility for 3D printing of carbon-fibre composite materials in the Swinburne-CSIRO National Industry 4.0 Testlab.” She explained that it is a fully digital technology to quickly make complex materials with less waste than traditional factories, with applications in aerospace and space. Another exciting project involves Swinburne and CSIRO’s Hydrogen Mission partnering to create the Victorian Hydrogen Hub with funding from the Victorian State Government. “You’ll be able to drive to Clayton and refuel your hydrogen car. And in addition to that, we will explore technologies needed to support the transition to hydrogen as a fuel source. We can then showcase Australian technology and export globally.”

The CRC Association is proud to see an alumna reach such exciting heights in their career as Chief Scientist at CSIRO, and we wish Bronwyn all the best in her new role.